Way back to ancient times numerology was recognised as a spiritual path in which our lives are dictated. It is deemed that our lives go in spiritual cycles of nine. Our life path is dictated by the date in which we are born.

See our Numerology readers below: 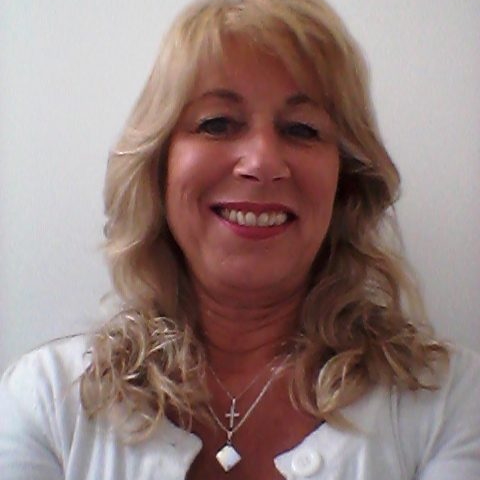 Payment for your telephone reading is taken over the phone, simply and securely, using a credit card.

Every year has a certain power which is expressed both by its symbol to denote its representation and by its connection to Universal Principles. Numbers have relationships with all things in nature, thus making them supremely powerful symbolic expressions.

One primarily deals with strong will, positivity, and pure energy. The number one reflects new beginings and purity, the symbolic meaning of number one is further clarified when we understand one, represents both kinds of action, physical and mental. This combined with ones urgency for new beginnings, we beginto see ones recurring in our lives indicates a time to exert our natural forces, take action, and start a new venture. One encourages us our action will be rewarded in kind. Anything started in a one is usually lasting.

The symbolic meaning of number two is kindness,balance ,tact equalization, and duality. The number two reflects a quiet power of judgement, and the need for planning. Two beckons us to choose. The spiritual meaning of number two also deals with exchanges made with others, partnerships (both in harmony and rivalry) and communication. Two urges us out of our indecision, calls us to unite with like minds, and like ideals. Two asks us to exert our natural flow of judgement to do what is best for our souls. Relationships can usually be sorted in a two-so long as both parties are on the same wave length.

The spiritual meaning of number three deals with magic, intuition, fecundity, and advantage. The number three invokes expression, versatility, and pure joy of creativity. Three is also a time identifier as it represents past, present and future. Consecutive threes in your life may symbolize the need to express yourself creatively, or consider your present directional path in relation to past events and future goals. Three may also represent promising new adventures and assurance of cooperation from others whom you may require help. Three typically symbolizes reward and success in most undertakings. Things can seem extreme in a three year and will seem chaotic.

The symbolic meaning of number four deals with stability and invokes the grounded nature of all things. Consider the four seasons, four directions, four elements all these amazingly powerful essences wrapped up in the nice square package of four. Fours represents solidity, calmness and home. A recurrence
of four in your life, may signify the need to get back to your roots, centre yourself. or even ‘plant’ yourself. Fours also indicate a need for persistence and endurance. Marriage and a move of home are often highlighted in a four, but in a relationships that have run their course it can be a divorce vibration too.

The spiritual meaning of number five deals with travel, adventure. and motion. With the highs that come with these attributes, fives also carry instability and unpredictability and radical changes. The spiritual meaning of fives draws our attention to the wonder of life and beckons us to appreciate the perception of chaos all around us. Five has wild vibrations primitive and erratic. When five continues to pop up in your life be prepared for some action, like a trip. Remember trips arn’t all necessarily taken physically. Some of the best journeys are taken in mind and spirit.

The symbolism behind number six is legend, with venus as its ruler, six represents harmony, balance, sincerity,love and truth, six naturally reveals solutions for us in a calm, unfolding manner. We invoke the six when we need delicate diplomacy when dealing with sensitive matters. The spiritual meaning of number six also deals with enlightenment. Specifically ‘lighting’ our path in areas we require spiritual and mental balance. Sixes beckon us to administer compassion and consciously choose forgiveness in a situation. Six is about about nostalgia and often a time we rekindle relationships from the past.

Sevens like threes, deal with magical forces sevens deal with esoteric scholarly aspects of magic representative of scholarly activities. Mystery and the focused search for essoteric meanings. Seven deals with the activation of imagination and manifesting results in our lives through the use of conscious thought and awareness ruled by sarurn. Seven can represent impractical dreaming, but with a deeper understanding of the aspects of seven. You can quite deftly utilize its magical vibration to your own benefit. In a seven it will seem like things are happening to you rather than you having much control over them.

The symbolism backing number eight deals largely with business, success and wealth. This is due to the fact that eight represents continuation, repetition, and cycles. Such elements are seen in arenas where success is obtained simply because of dogged determination and repetition. Also, matters of business and wealth largely depend on cycles to fulfil their manifestations. Its like the snowball analogy: as it continues to roll, it gets bigger and bigger with each revolution. Eight represents that kind of momentum.

The spiritual meaning of number nine brings us to the the very height of vibrational frequencies in this number sequence. Nine represents attainment, satisfaction accomplishment, and our success to achieve and influence in our circumstances. The spitirual meaning of number nine deals with intellectual power inventiveness influence over situations and things. Nine beseeches us to recognize our own internal attributes. and extend these abilities out into the world to make a positive influential difference. Nine is not a good time to start new things-but rather to maintain and nurture a pattern that has already begun. If things are started in a nine – they rarely last.